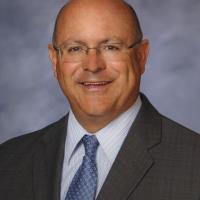 Martin Adams
General Manager and Chief Engineer
Los Angeles Department of Water & Power
Martin Adams is the General Manager and Chief Engineer of the Los Angeles Department of Water and Power, the nation’s largest publicly-owned utility. He took over the leadership role in July 2019 after three years as the agency’s Chief Operating Officer, overseeing the City’s water and power systems.

He leads an organization of more than 10,000 employees delivering water and power to the 4 million residents of Los Angeles. Mr. Adams has more than 35 years of experience with at LADWP, where he started in 1984 as an entry level engineer in the Water System, eventually leading that organization as the Senior Assistant General Manager of Water. During the course of his career, Mr. Adams worked throughout the Water System and was directly involved with the planning and implementation of major changes to water storage, conveyance, and treatment facilities to meet new water quality regulations. He has spent almost half of his career in system operations, including ten years as the Director of Water Operations in charge of the day-to-day operation and maintenance of the Los Angeles water delivery system, including the Los Angeles Aqueduct and other supply sources, pump stations, reservoirs, water treatment, and management of Water System properties.

Mr. Adams is a native of the greater Los Angeles area and lives with his family in Burbank, where he served for nine years on that city’s Water and Power board. He received his Bachelor of Science degree in Civil Engineering from Loyola Marymount University in Los Angeles. 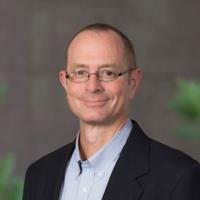 Brad is responsible for long-term resource planning; acquisition activities for both conventional and renewable resources; fuel procurement activities, including long-term coal supply contracts and natural gas pipeline transportation contracts; and all energy commodity trading activities for APS. In this role, he has been instrumental in advancing the company’s efforts to study and deploy energy storage technologies.

Brad has been with the company for 35 years and has had a variety of responsibilities, including within the areas of resource planning, resource acquisitions, risk management, energy trading and nuclear power plant licensing.
He is President of the Board for the Valley of the Sun YMCA, where he also serves on the Finance Committee, Financial Development Committee and Executive Committee.
Brad holds a Bachelor of Science degree in Mechanical Engineering from New Mexico State University and a Master of Business Administration degree from Arizona State University. 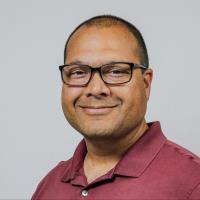 Raj holds MS and PhD degrees from Stanford University and BS with Distinction from UC Berkeley, all in Electrical Engineering. He has 75 publications and 61 issued patents. 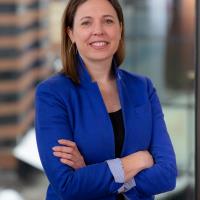 Alicia Barton
President & CEO
New York State Energy Research and Development Authority
Alicia Barton is president and CEO of the New York State Energy Research and Development Authority (NYSERDA), a public benefit corporation that advances innovative energy solutions to improve New York State’s economy and environment.
Ms. Barton has held public and private sector leadership roles advancing clean energy projects and companies for over a decade including serving as co-chair of the Energy and Cleantech Practice at Foley Hoag, LLP, chief of operations of the Global Utility business unit at SunEdison and chief executive officer of the Massachusetts Clean Energy Center (MassCEC), a publicly supported agency that funds and accelerates the development of the clean energy sector. Prior to serving as CEO of MassCEC, Ms. Barton was the Deputy Commissioner for Policy and Planning for the Massachusetts Department of Environmental Protection (MassDEP); Assistant Secretary for Environmental Review and Director of the Massachusetts Environmental Policy Act (MEPA) office; and Deputy General Counsel at the Executive Office of Energy and Environmental Affairs (EEA). 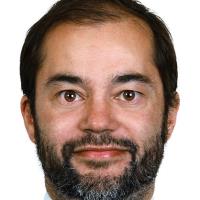 Dr. Falk Bomeke
Director on Bilateral Energy Cooperation
Bömeke’s responsibilities cover the bilateral energy cooperation with North America, Africa, Middle East, Eastern Europe and Australia as well as the Berlin Energy Transition Dialogue, a large annual
international energy conference. Bömeke also has led the Economic and Energy Division at the German Embassy in Pretoria. He has also worked as an Economic Counselor at the German Embassy in Washington and in the European Department of the Federal Foreign Office in Berlin as well as in the Parliamentary and Cabinet Division, the Automobile and Electric Vehicle Division and the European Law Division at the Federal Ministry for Economic Affairs. 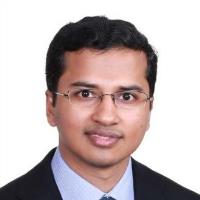 Since October 2017, Prakash was Chief Financial Officer for GE Renewable Energy’s Hydro business. Previously, Prakash was the global CFO for the GE Boilers business, within GE Steam Power Systems. Since 2014, Prakash held a dual role as CFO for GE Power in Asia Pacific and Regional CFO for GE in South East Asia (ASEAN).

Prakash started his career with GE in India as part of the Financial Management Program and then joined the Corporate Audit Staff. His experience on these leadership programs over 6 years included financial, compliance, M&A and risk management work across Healthcare, Energy, Media, Commercial Finance, Capital Markets, Consumer Finance and the Reinsurance businesses in North America, Europe and Asia-Pacific markets. Over the following 5 years, Prakash held various roles in GE’s Financial services businesses in Asia based in Tokyo and then subsequently in Singapore where he was the CFO for GE Capital in the South East Asia region before moving to his Regional CFO role in GE ASEAN in 2011.

Prakash graduated with a Bachelor of Commerce degree from Bangalore, India. He is a member of the Institute of Chartered Accountants of India. 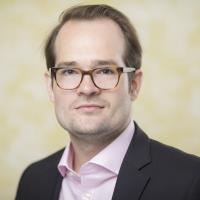 Logan Goldie-Scot
Head, Energy Storage
BloombergNEF
Logan leads BloombergNEF’s analysis on the global energy storage markets, providing insight on technology, markets, policies and regulation, and the competitive landscape. He advises utilities, technology companies, investors, and policymakers; has authored numerous research papers; and regularly speaks at international conferences and in the mainstream media. Previously, Logan was a Senior Associate within the Energy Smart Technologies team and regularly works on consulting projects for clients. He joined BloombergNEF in 2009 as an analyst focused on the wind and solar sectors across the Middle East and Africa. Logan holds an MA (Hons) from Edinburgh University in Arabic 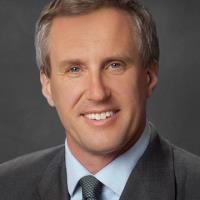 David Hochschild
Chair
California Energy Commission
David Hochschild was appointed chair of the California Energy Commission by Governor Gavin Newsom in February 2019. He fills the environmental position on the five-member Commission where four of the five members are required by law to have professional training in specific areas - engineering or physical science, environmental protection, economics, and law.

Chair Hochschild's career has spanned public service, environmental advocacy, and the private sector. He first got involved in the solar energy field in 2001 in San Francisco as a special assistant to Mayor Willie Brown where Chair Hochschild launched a citywide $100 million initiative to put solar panels on public buildings. He also cofounded the Vote Solar Initiative, a 60,000-member advocacy organization promoting solar policies at the local, state, and federal levels. He was executive director of a national consortium of leading solar manufacturers and worked for five years at Solaria, a solar company in Silicon Valley. From 2007 to 2008, he served as a commissioner at the San Francisco Public Utilities Commission.

For his work to advance clean energy, Chair Hochschild was awarded the Sierra Club's Trailblazer Award, the American Lung Association's Clean Air Hero Award, and the U.S. Department of Energy's Million Solar Roof True Champion Award. Chair Hochschild holds a bachelor of arts from Swarthmore College and a master of public policy from the John F. Kennedy School of Government at Harvard University. He also was a Coro Fellow in Public Affairs. 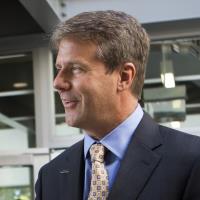 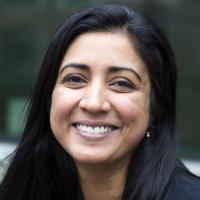 Ramya Swaminathan
CEO
MALTA Inc.
Ramya Swaminathan joined Malta from Rye Development, where she was CEO and Co-founder. Under her leadership, Rye Development grew to be the leading developer of new hydropower projects in the United States and its portfolio of development projects, held at its holdco affiliate, FFP New Hydro, advanced from concept through FERC licensing and late stage development financing. She was also responsible for the expansion of Rye’s platform into energy storage, with the addition of two sizable pumped hydro storage development projects in the Pacific Northwest. At Rye Development, Ms. Swaminathan led a multi-disciplinary team, with specialists in engineering and construction, regulatory and environmental aspects, and power marketing. She also led the company through several financing rounds, both at the platform and the project levels.
Prior to her work in the hydropower space, Ms. Swaminathan was a public finance banker, most recently as a Director at UBS, where she focused on public power clients and senior managed more than $10 billion in financings. Ms. Swaminathan holds a Master’s in Public Policy from the John F. Kennedy School of Government and a BA in Anthropology from Amherst College. 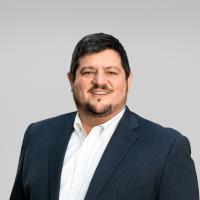 John Zahurancik
Chief Operating Officer
Fluence
As Chief Operating Officer, John Zahurancik directs the Fluence teams that create and deliver storage solutions and services to leading customers around the world. Working with progressive power system players, John and his teams create valuable business use cases for grid-scale storage, educate storage users in these benefits, manage the deployment of new systems, and help service these systems throughout their complete lifecycle.

John was a cofounder of AES Energy Storage in 2007, a recognized market leader, and led AES' team in pioneering nearly 500MW of utility-scale applications of battery-based energy storage projects in the U.S., Chile, the Netherlands, Northern Ireland, the Philippines, and the Dominican Republic.

John holds a master's degree in public policy from the University of Michigan and a bachelor's in economics and social science from Florida State University.